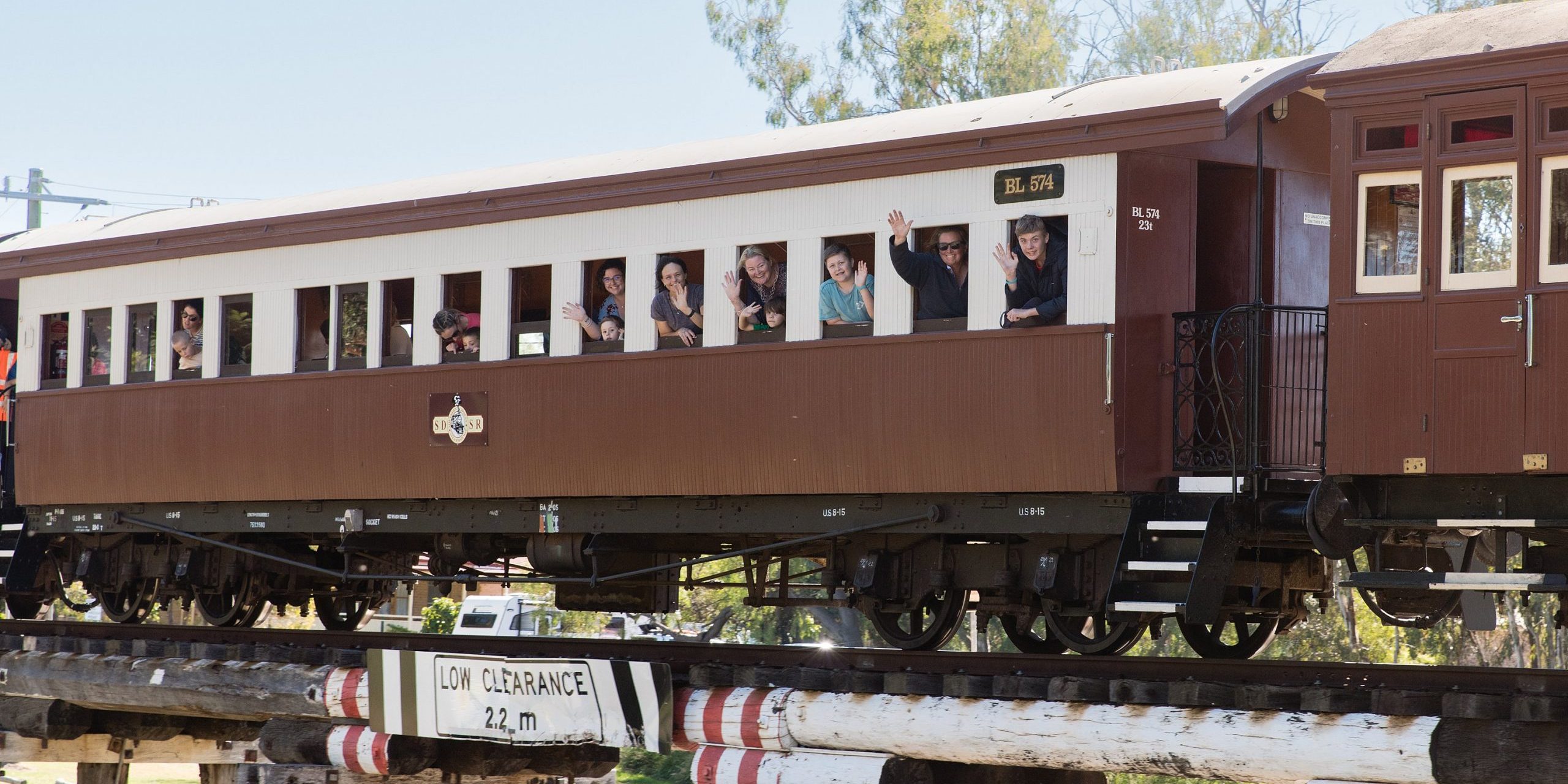 After the Second World War, forty of these locomotives were built by Walkers Limited, of Maryborough. These locomotives were an important part of the major rehabilitation and reconstruction of the Queensland Railways in the post war period. The new locomotives followed on an improved design introduced in 1938.

Builder plate on C17 971 in the roundhouse at Warwick.

The Walkers Ltd engines were all painted in a medium brown colour scheme with green lining on the footboards, and tender edge, and black smoke box and red buffer beams. The engines were nicknamed ‘Brown Bombers’ after the then world champion heavyweight boxer Joe Louis. These brown bombers differed because they were fitted with roller bearings and larger tenders. Also, a more streamlined cab and side windows for weather protection were fitted.

The workhorse of the steam era, the C17 locomotive being overall the most numerous class of Queensland engine, was also possibly the most versatile.
The C17 worked almost any train in Queensland, be it suburban passenger, goods train shunt or even hauling air-conditioned trains in western Queensland.

The main reason so many of this class were constructed was that it was the most powerful form of conventional locomotive that could run on Queensland tracks, regardless of the limitations of axle loading.

The locomotive was well known to the Warwick locals for being used regulary on the Dirranbandi (Thallon) Mail when working from Warwick, and Toowoomba Depots.
During it’s lifetime 971 was based at many depots, some of which were:

Some duties that No.971 was noted to have performed are:

971 was retired from service in February 1969 and was donated to the Chinchilla Historial Society where it remained until May 2000 when the SDSR brought her back to Warwick.

The Regional Sport Events Fund will allow Goondiwindi to celebrate through sport
May 13, 2022