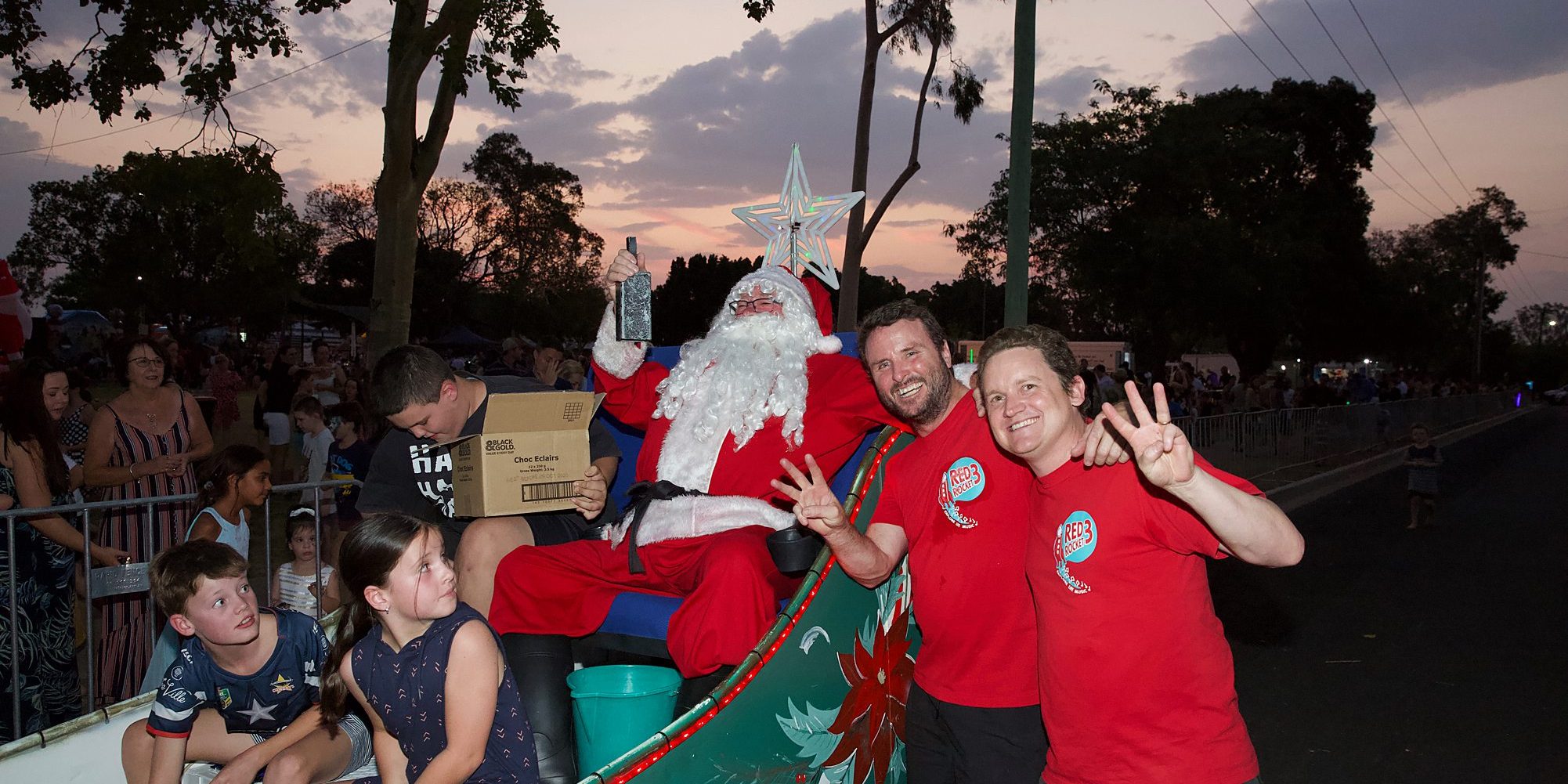 A hot dry Christmas Eve did not stop the younger generation of Goondiwindi from getting right into the Christmas Spirit. The free pool entry was a big winner and provided an ideal opportunity to cool off before Red Rock 3 provided the kids entertainment.

The traditional fireworks display had to be cancelled, due to the dry conditions and quite rightly, the Lions Club made an early call and sought alternative entertainment for children.

Santa and the Bozo Bus remained part of the proceedings and Matt Mackinlay and Warren Fields, two school teachers from Brisbane, played under the banner of Red Rock 3. The boys agreed to the long road trip to Goondiwindi on Christmas Eve and where escorted by their wives and family of seven children, all under seven to enjoy some country hospitality.

Red Rock 3 where guests of a local reception at the PCYC Riverview Centre on Monday night, enjoyed breakfast at Neen’s before completing the Goondiwindi Cotton Farm Tour on Christmas Eve.

Obviously, with no fireworks, the crowd was down on usual attendance but the young ones that did attend certainly joined in the Limbo, chicken dance and Choo Choo train dance.

After Santa arrived and distributed lollies to the crowd, it was time for Christmas carols and the whole crowd to join in.

Red Rock 3 paid compliments to the Goondiwindi Community and thank all involved for the hospitality extended to the. The return to the old Town Park was somewhat nostalgic given that is where the whole fireworks began some 56 years ago. The fireworks had only once previously been cancelled but on that occasion, it was due to rain. Hopefully, that rain will not be too far away.