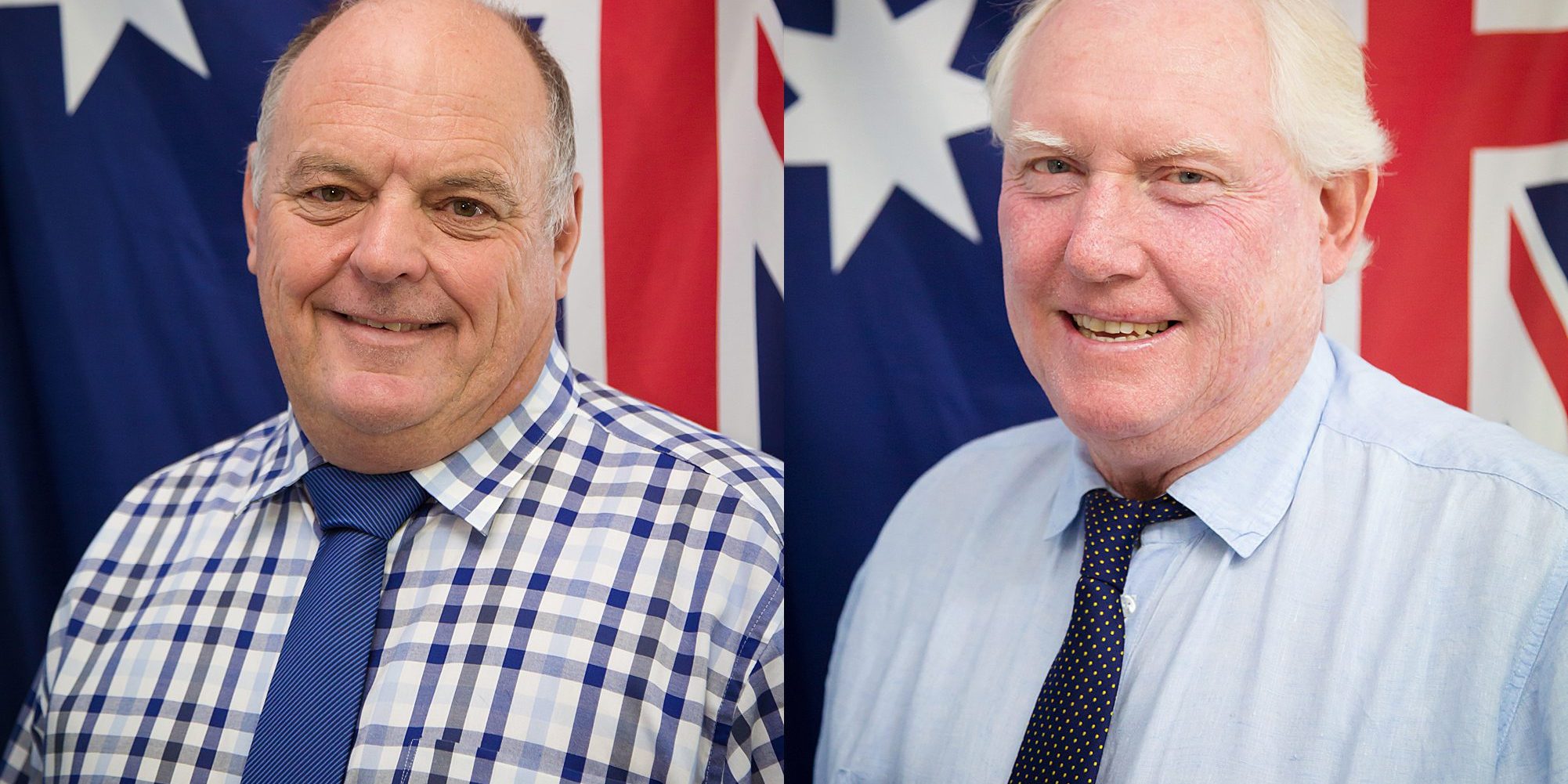 Current Goondiwindi Council Mayor Graeme Scheu, and Water and Sewerage Portfolio holder Rick McDougall have confirmed that neither will re contest their respective positions at the forthcoming March elections.

Both had previous experience in local government for some time. Cr Scheu with eight years at Goondiwindi Town Council and Cr McDougall with five years on the Inglewood Shire Council. In the twelve years since amalgamation, both have held their positions in the amalgamated Goondiwindi Regional Council.

“It has been an interesting and valuable journey,” Cr Scheu explained. The first term was extremely challenging but at the same time, incredibly satisfying. I do not believe the regional district known as Goondiwindi Regional Council has taken a backward step in the last twelve years, despite six of them being drought declared.

“Cr McDougall said that in his opinion, while the council amalgamation was controversial and difficult, time has proven this amalgamation to be one of the most successful in the State.  I would also like to thank the Councillors from the previous three councils, the CEO, Directors and staff for Councils significant achievements over the past three terms and most importantly having Council in a very strong financial position for the next term”.

We both fully realise that not everyone has agreed with all decisions made by council and at times, we may not have agreed with some ourselves, but a successful council works on majority and that is democracy at its best. All decisions have been fully supported and achieved. We have been lucky enough to have three very workable councils, capably backed up by a terrific workforce, and I believe our non-political approach to whichever party is in power, State or Federal, has carried our creditability along way” Cr Scheu said.

However, to maximise the potential of this great district, it requires change and after twelve years with GRC, we both feel it is time to stand back and let some new blood embark on the challenges before us, and there will be plenty.

It is not always easy but it can be very gratifying and we both encourage any potential candidates to complete the training exercise and give it their best shot. There is not much point sitting back and criticising when you could have made a difference. Most of all, we would both like to thank the wonderful communities we live in. Community involvement makes the whole place tick and every volunteer or participant needs to take a bow. That is what makes our area great.