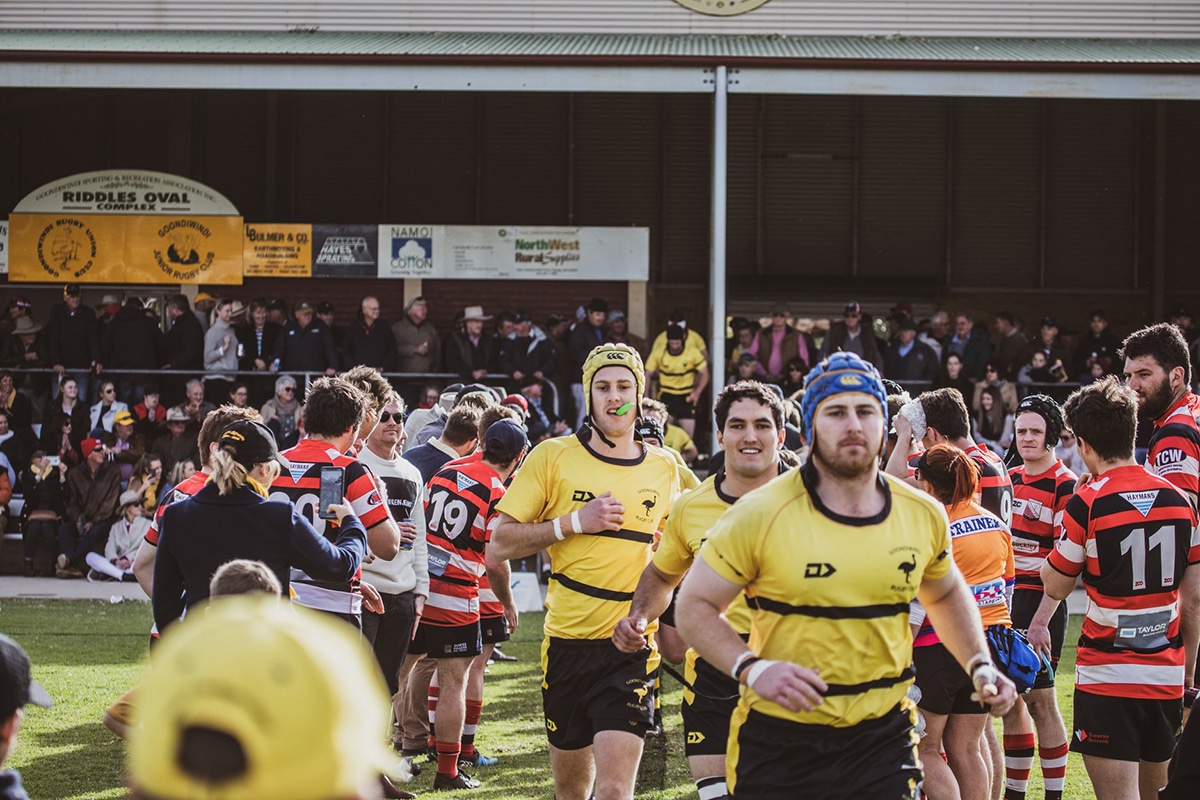 The Goondiwindi Emus Rugby Club was formed and commenced playing 1964 as the result of a vision from Mr J.S White and Mr Chuck Younger.  They were joined by a group of community supporters, including players and potential players.  Most interest at this point of time in the district was of Rugby League, which in fact was a strong hold throughout the Darling Downs.

Since formation, the Emus, as well as having an A Grade, have been fortunate enough to have opportunities for players to be involved in Reserve, C Grade, U19’s and a Women’s XV competition.  Vintage caught up with many and a Golden Oldies team, appropriately named the “Feather Dusters” which were formed somewhat 15 years ago.

The club possibly could not have achieved such success and generated as much interest without the wonderful contribution of the Ladies Auxiliary, which was formed in 1968.  Their unselfish and voluntary help in providing an excellent canteen service is to be admired.  Certainly a long way from a snack out of the boot of a car at Gilbert Oval or a tarp from a box tree at Riddles oval, competing with flies, dust and stray dogs.

And what about our sponsors.  The original sponsors were Seed and Grain Sales, Boggabilla, who provided a fully sponsored day between the Emus & Dalby in 1986.  Such was the success of this occasion the club now is privileged to have a great group of business houses and business folk providing not only financial security, but assisting in spreading the good word of community rugby.​

Today the emus are heavily backed by their Major Sponsors ,John and Michelle Klein from the Victoria Hotel  and Ray White Rural Goondiwindi.

By way of background the Risdon Cup originated from a meeting held in Warwick in early 1964 under the auspices of Queensland Rugby Union. The Meeting led to the development of the Darling Downs Rugby Union.  In its first year of competition 5 teams took party – they included:  Toowoomba Rangers, Warwick, Goondiwindi, Dalby and Gatton College 2nd XV. As part of the arrangements for this competition, Mr Keith Leahy of Risdon Santa Stud, Warwick, donated a magnificent gold plated cup which was to become the prized trophy as a result of winning the Darling Downs A Grade competition. Thus the RISDON CUP.

The Plucked Duck B&S Ball The Plucked Duck is a local fundraising event organized by the Goondiwindi Rugby Union Club for the young and young at heart to get together for a fantastic night of live entertainment. Goondiwindi B&S raises much needed funds for local charities and organisations as well as brings high profile bands to the bush. ( this event is normally held in September)