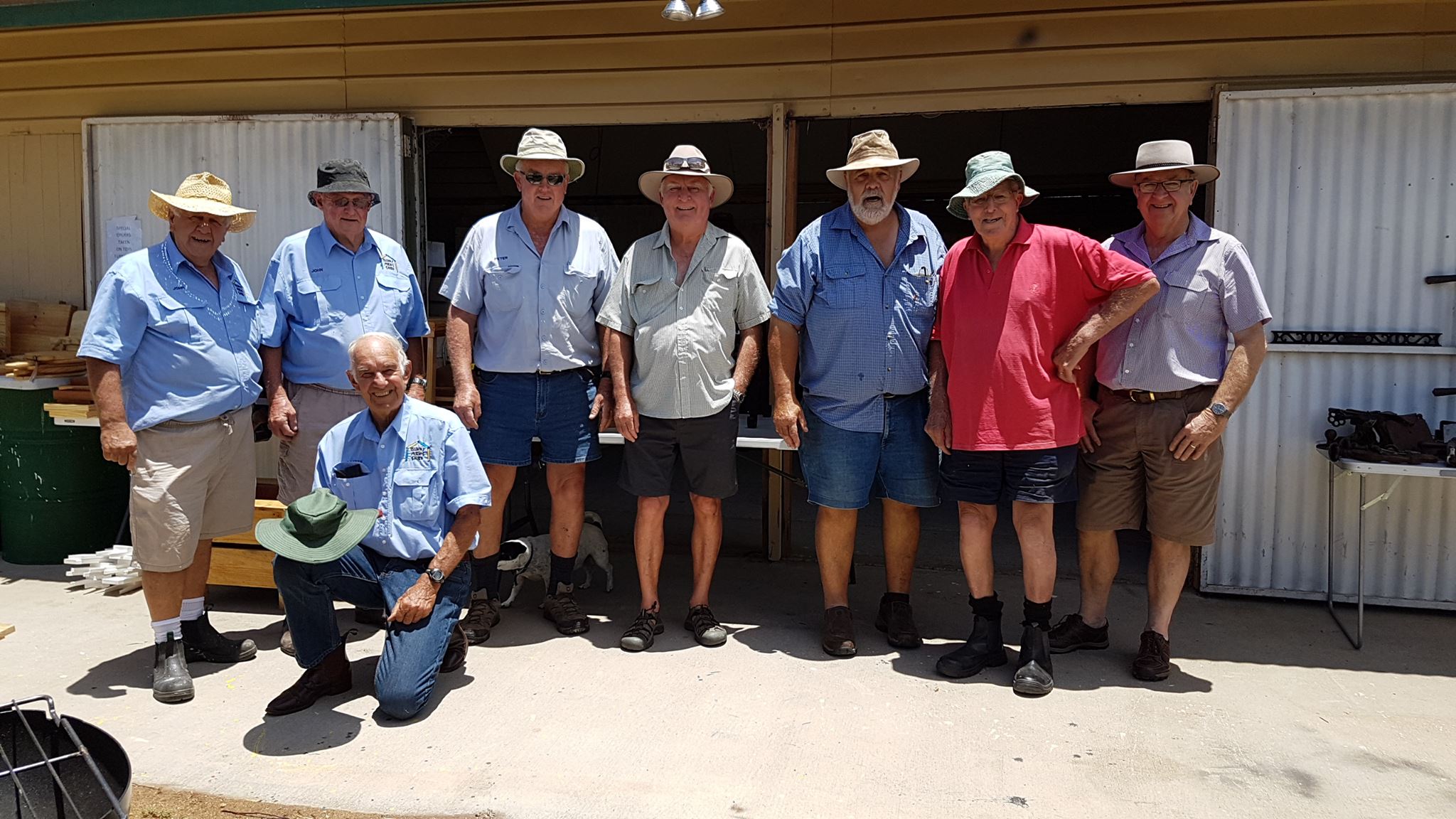 We are a men's shed based in Goondiwindi and open to men to meet, talk or work on projects in the workshop.

Come join us at Goondiwindi Showgrounds for a cuppa, a cold drink and a yarn.

We are happy to watch others work!

The Australian Men’s Shed Association (AMSA) is the peak body supporting almost 1000 Men’s Sheds and is recognised as one of Australia’s largest male based community development organisations.

AMSA was established in 2007 by the Australian independent community-based Men’s Sheds to represent, support and promote the Men’s Shed movement. It was founded on the principle of sharing information between sheds and those communities wishing to establish and operate a Men’s Shed. It acts as a central hub for information exchange.

Unlike women, most men are reluctant to talk about their emotions and that means that they usually don’t ask for help.

Good health is based on many factors including: