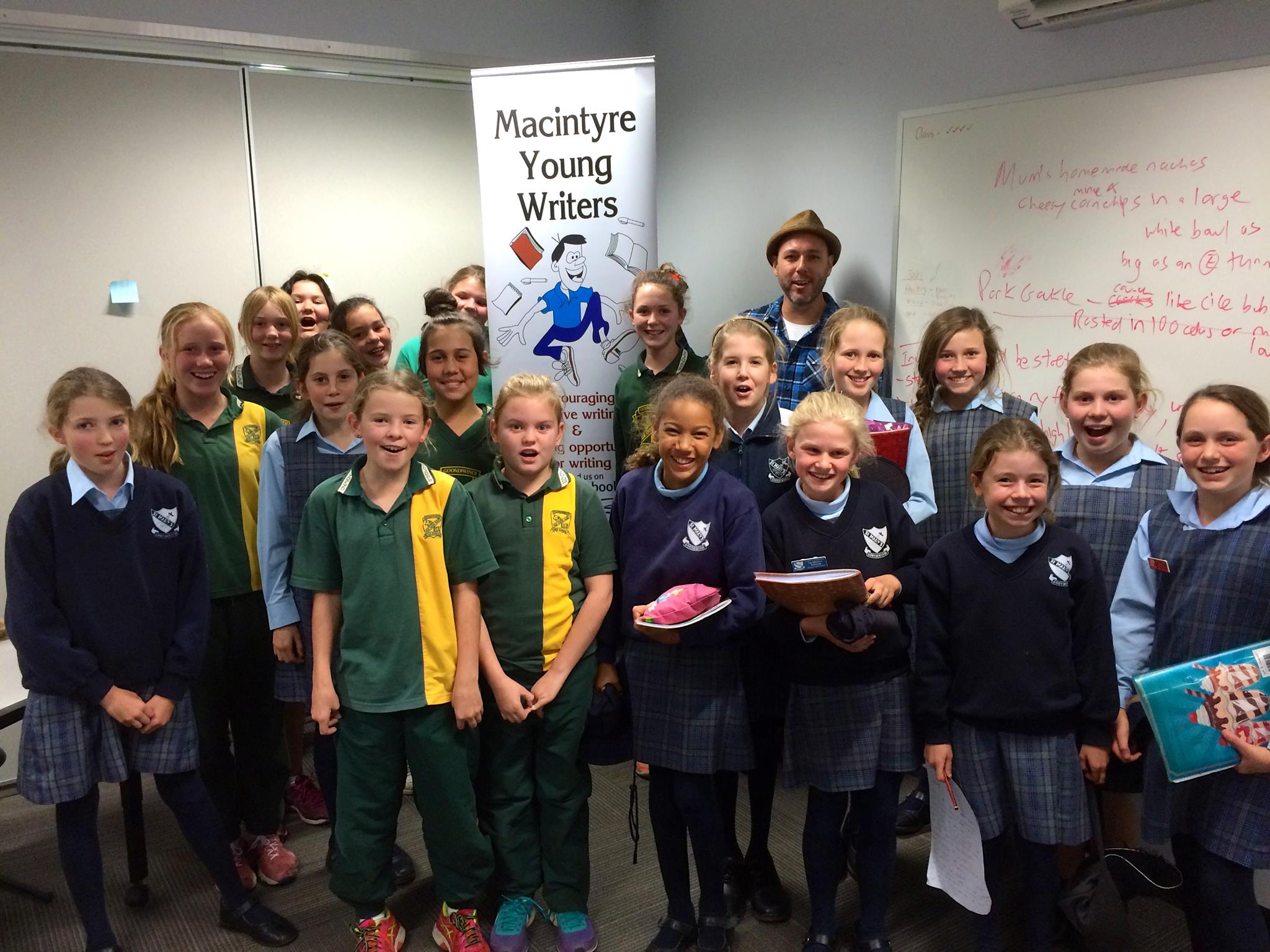 The Macintyre Young Writers’ Awards celebrated its 20th year in 2013 and continues to receive widespread community support from the many schools, parents and sponsors in our district.

The Goondiwindi Argus has long been a strong supporter and we thank Ian Jones for his valuable assistance.  Over the years some of our guests, at both Literary Dinners and/or at workshops with students, have included Hugh Lunn, Jason ‘Rupert’ McCall, Mike O’Connor, John Marsden, Stephen Axelsen, Narelle Oliver, Jill Morris, Andy Wright, Marie Nielson and Pauline Clyne, Kerry O’Keeffe and in 2013, Kári Gíslason, author of The Promise of Iceland and a return visit from Rupert McCall.

The Competition has now been widened to include an Open Section for people over 18 years of age.  In 2013 our first adult writers’ workshop was conducted by Dr Kári Gíslason; in 2014 local writer Nicole Alexander also ran a writer’s workshop as well as Robert Kronk, playwright.  A Writers Group for adults exists under the banner of MYW