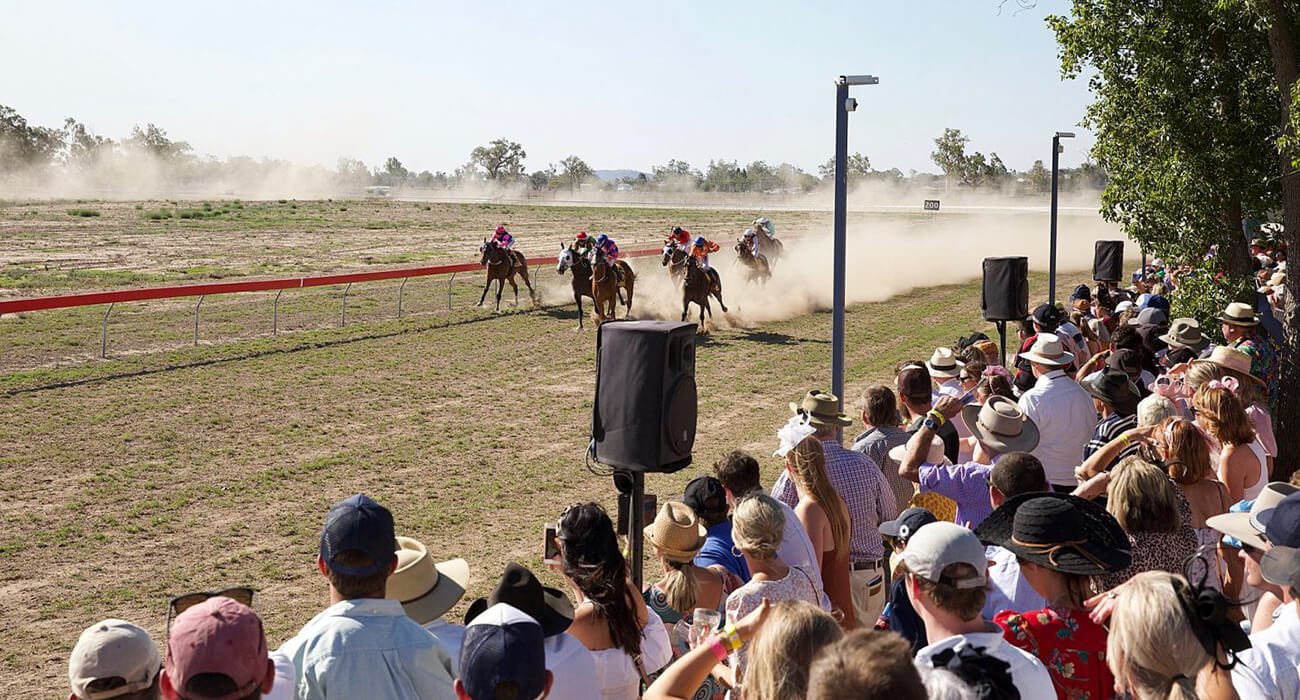 Within an easy drive east of Goondiwindi is the town of Texas, perched on the banks of the picturesque Dumaresq River. You will find excellent fishing and great camping spots in the serenity of rural landscapes. The Dumaresq River winds through gentle hills and crossed by the historic weirs of Bonshaw, Cunningham and Glenarbon making the Texas area great for fishing, canoeing, four-wheel driving, hiking and camping.

Recognised as one of the top RV Friendly communities in Australia the town has put a lot of effort into making tourist welcome. Texas is also the first official Motor Cycle Friendly Town in Australia with many interesting trails for all types of bikes and rider experience. Drop in and see the friendly locals at the Visitor Information centre in High Street to collect some brochures or download maps of suitable routes at www.goondiwindirc.qld.gov.au/texas-motorcycle-routes.

The Texas Cultural Centre and Regional Art Gallery is a must see with regular touring and local exhibitions as well as an outstanding photographic display of the 2011 Floods.

Farming of sheep and cattle is the dominant industry today, with fodder, cotton and horticultural crops adding to the mix. Texas is also home to the largest cattle feedlot in Australia and a silver mine situated in the historic Silver Spur mining area.

The fertile river flats are dotted with old tobacco barns as a reminder of the towns farming history. To learn more about the tobacco industry and more of the area’s rich past, visit the Texas Heritage and Tobacco Museum housed in restored local historic buildings. Nearby you will find the restored Texas Rabbit Works, a step back in time to a forgotten era of Australian history when rabbit plagues threatened the existence of rural communities. Believed to be the only rabbit processing works remaining in Australia this is a unique example of true country ingenuity where communities created a thriving economy from an environmental problem.

To the east of Texas, you will find the spectacular Glenlyon Dam offering some of the best inland fishing and water activities in southern Queensland. Nearby the Sundown National Park is a brilliant bush walking and bird watching destination.

The McDougall Brothers originally settle on the land around Texas in 1840. Texas named over a disputed land claim in the 1850s, which bore many similarities to one happening at the same time in the Republic of Texas and Mexico in the United States.

The town established on the river flats in 1875 and relocated to the current site after disastrous floods of 1890 and 1921. Some buildings remain on the site of the original town.

The original settlers used the land for cattle with some cropping such as corn and by the late 1860’s Chinese workers began to grow tobacco. The tobacco industry expanded rapidly on the fertile river flats and was a major crop until the later part of the 1900s.

The nearby mining settlement of Silver Spur established in 1893 however, the silver extraction became unprofitable and the original mine closed in 1913.

From the 1920’s through to the 1940’s a rabbit plague crippled farms across Australia and Queensland was one of the hardest hit states. Where some saw disaster, the residents of Texas saw opportunity. A vibrant local industry based on trapping and processing rabbits for meat and skins enriched and enabled Texas to prosper. Construction of the Rabbit Works including the associated Freezing Works commenced in 1928 and completed in 1932. Although the operations continued in various degrees until 1992, the vibrant industry declined from the 1950’s. The Texas Rabbit Works, now restored is the only remaining processing works in Australia.

Each September the Texas Country Music Roundup brings together performers, bush poets and gospel singers for a weeklong celebration of country music. The Texas Cup Race meeting every December is the other major event on the local calendar and is becoming very popular with visitors keen to experience the genuine bush racing and friendly hospitality.